Minecraft was intended to be almost entirely a sandbox game.  Technically, reaching The End and slaying the final boss is the goal of the game – but really, most players just play to build awesome structures and hang out.  71Droog71 of Planetminecraft has developed an epic mod known as ADALINE for Minecraft, changing it from an open-world sandbox game to an epic RPG.

The key component to this mod is the addition of summoned boss mobs.  They are similar in scope to Withers, but are spawned by items that behave like spawn eggs.  The bosses currently available are:

The recipes used to create each boss summoning item are completely different – none of them share even one common element: 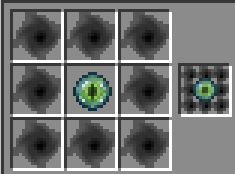 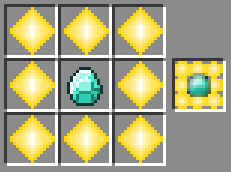 Easily ADALINE’s most terrifying boss is the ArachniGhast, spawned by using the item from the first recipe.  Anything that looks like this better give a good reward when it dies: 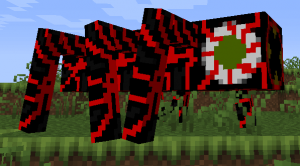 … and in fact, it does!  Rewards are another large part of this mod.  Several other mobs are added, and each provides their own specific loot.  Amongst newly droppable and craftable items are:

The Anti set also contains the Giant Anti Sword, an item that can be dropped by the ArachniGhast or crafted.  The Anti set contains a full arsenal of tools as well:

To sum up the RPG elements of the game, followers can also be hired.  These are, at the moment, only warriors.  They can wear items thrown in their direction.

Are you ready to start your epic adventure and conquer the world of ADALINE?  Post in the comments below and let us know your story as you wage war against the dark matter in Minecraft!