Today, a talented modder has brought the world of Azeroth into Minecraft through the Crafting Azeroth project. Crafting Azeroth is a full-scale reproduction of both Kalimdor and the Eastern Kingdoms, which are the two main continents of Azeroth. Classic cities like Stormwind and Orgrimmar have been faithfully recreated in the mod, along with all the caves, dungeons, and other regions of the world. 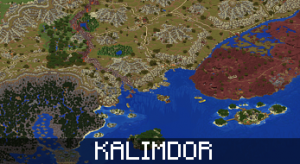 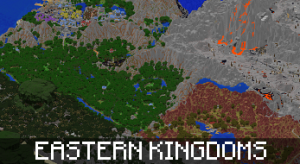 How can one modder possibly be able to recreate the entire world of Azeroth? Azeroth is huge, and recreating it block-by-block would be an incredibly painstaking process. That’s why the mod creator, Rumsey, created a special program that seamlessly converts Azeroth’s regions into the Minecraft world. The software ports every building, mountain, and tree stump over to the game, which is why Rumsey was able to create such a vast environment. 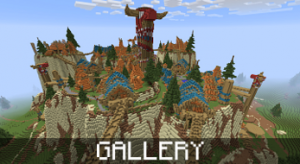 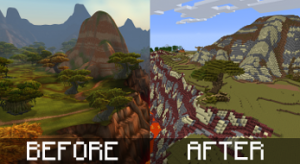 Of course, even with the power of this special software, Crafting Azeroth was not an easy mod to make. Rumsey individually matched each texture from World of Warcraft with textures in the Minecraft world. Since there are over 10,000 textures in the game, Rumsey claims this took many hours of work.

The result of all this work is Crafting Azeroth, a map that clocks in at a massive 275 square kilometers and contains over 64 million (!) blocks. The map itself is 24GB in size. And, because of Minecraft’s height limit, Crafting Azeroth had to be separated into 7 separate altitude layers. The highest point in Azeroth is Mount Hyjal, which clocks in at a whopping 1km above sea level.

To get an idea of just how large Crafting Azeroth is, check out this view that Rumsey uploaded. You can zoom in and out of specific regions using that map, and it gives players a sense of just how much work has gone into recreating the world of Azeroth.

You might think that Crafting Azeroth would leave dungeons out of the Azeroth recreation, but they’re in there. Every dungeon and cave has been ported into the game, meaning players can easily explore the entirety of Azeroth. From capital cities to the highest mountains, Crafting Azeroth has it all.

Rumsey isn’t done with the mod yet. He’s already started to work on Outland, and regions like Northrend, Tol Barad, and the Lost Isles will be released soon after that.

Crafting Azeroth is technically considered a map, not a mod. But because of its 24GB in size, it will feature a unique installation process. In fact, most players will end up playing Crafting Azeroth over multiplayer servers.

The mod creator hopes to have one multiplayer server where player can edit and fine tune the map to make it perfect. The generator is powerful, but there are still some areas where the map could be improved. The map is just too large to fine-tune every last region by hand, so crowd-sourcing this work would make it much more efficient.

Crafting Azeroth has not yet been released! Check back here soon for more info. Once it is released, we’ll have all the information you need to start exploring the world of Azeroth.