Custom NPC is a unique NPC mod that allows players to create their own non playable character through the use of items and commands available in creative mode.

Created by Noppes, Custom NPCs allow players to create, personalize, and totally customized their very own NPCs. To create and manage NPCs you have to equip unique NPC tools that is added by this mod. These tools can not be crafted or accessed in any way in survival – so being in creative is the only way to create your own NPC. 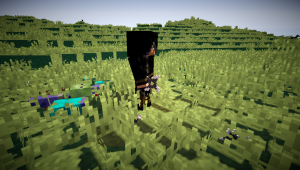 If you are confused, creating and managing NPCs can only be done in creative mod, but the NPCs can be interacted with in survival and adventure mode. Hence this mod is not only content-based, as in fact, it functions more as a tool and utility for map makers. NPCs can be modified in many ways. Their names and titles can be changed, their skins can be changed, their models can also be changed! yes! It is possible to create a monster if you want to. 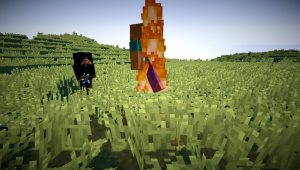 Aside from that, you can also equip these NPCs with items, or change their attack pattern, attack damage, stats, and AI. You may also include scripts, dialogues and quests and you can also change NPC factions, and create as many factions as you want and throw them in a war with each other just for fun. Some players created entire maps complete with quest and side quests from NPCs to create an entire new RPG game. 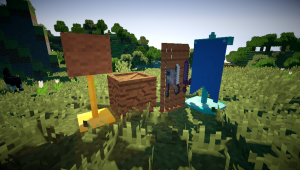 Along with that line, CustomNPC mod also adds interactive blocks like pedestals, barrels, chairs, tables, lamps, guns, shurikens, modern armor, uniforms, magic wands, and so much more. An option that allows players to craft them and what recipe to use is also available. 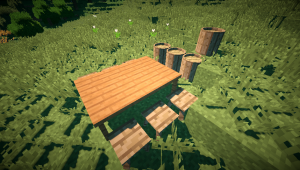 Overall, this mod is just plain awesome with so much more potential. The mod itself isn’t good for survival players, but is perfect for map builders and those who just want to create their very own role playing games.

How to install CustomNPC Mod for Minecraft 1.7.10

Have you tried creating your own army? Share your experiences with this mod by leaving a comment below.