If you think that Minecraft’s vanilla combat is way too boring for you, then this mod might just be the one you are looking for.

Dynamic Sword Skills is combat mod created by username CoolAlias. If you are familiar with Zelda Sword Skills Mod, then this mod implements the same combat mechanics, without all the Zelda related stuffs (like swords, mobs, items, and locations).

With this mod installed a new window or GUI will be available for players to view it’s learned “skills”. By default the new UI can be accessed by pressing “P”. 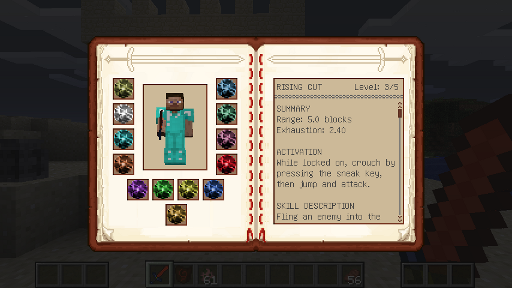 At the start of the game, all of the boxes will be empty, and the player will be given a single basic sword skill orb.

When used, the orb will shatter and you will learn how to “target” opponents which is the key for performing other skills and combo.

A combo counter will be displayed at the upper left corner of the screen to guide players on their combo attacks. The more you chain your attacks, the higher the damage you will deal per attack. 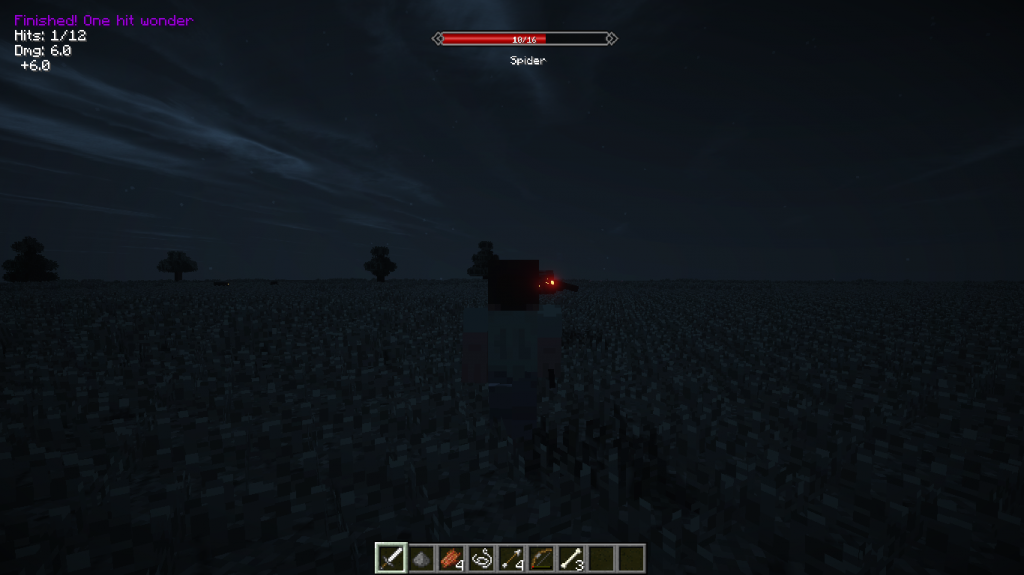 There is a total of 13 skill orbs (including the basic), each one will unlock a set of skills from parrying and dodging to very powerful attacks like spin attacks and rising attacks. 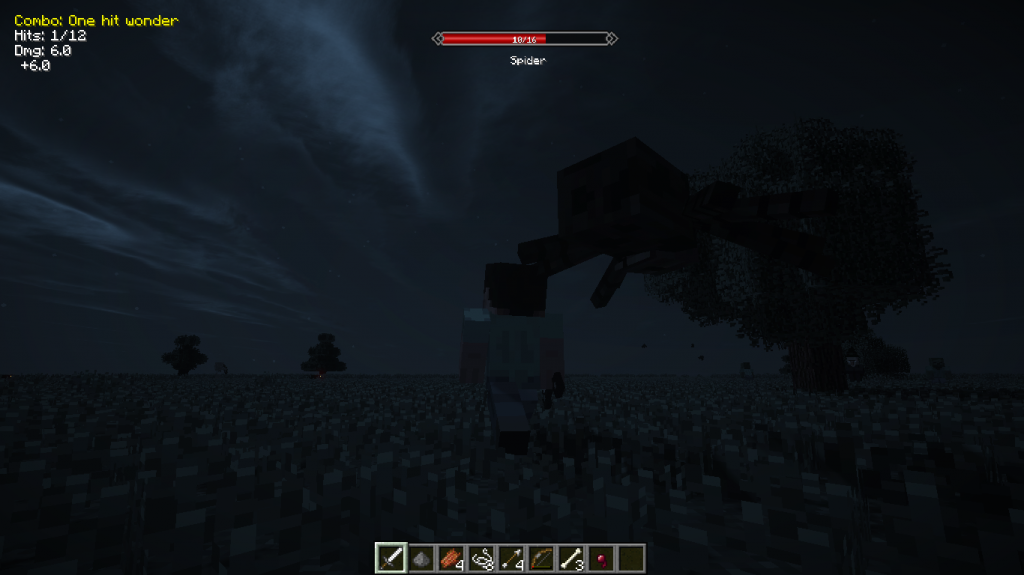 Orbs can be obtained as a random mob loot, random chest treasure, or by killing other players in multiplayer.

Once you obtain a skill orb, you have to use it to learn it. If you learn a specific orb multiple times, the level of the skill will improve allowing for more damage, lesser skill cool down, increasing range, AOE, and other perks. 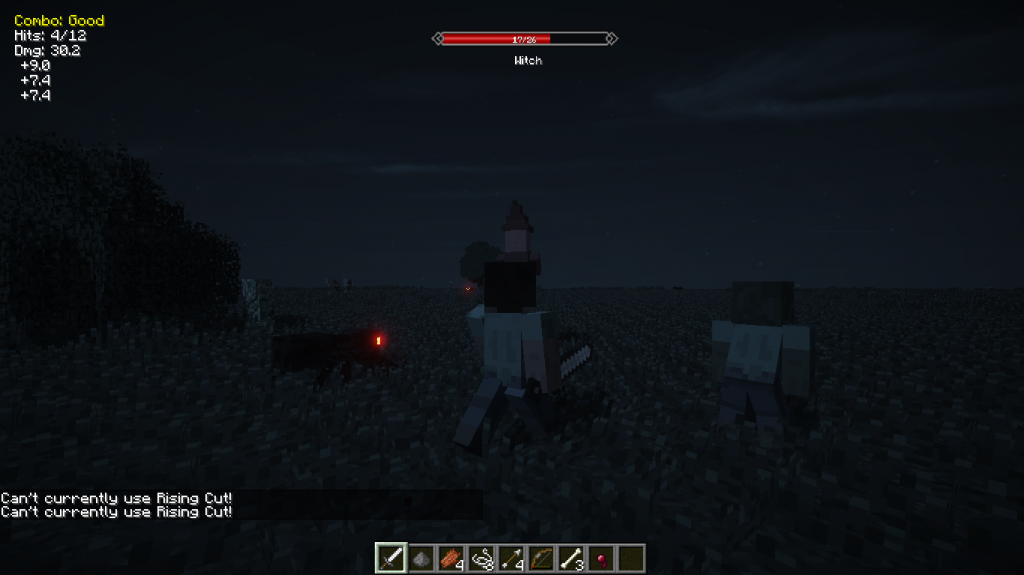 When an enemy is locked on, the new combat mechanics takes place. The new mechanics, by default, uses the arrow keys to attack, dodge, and perform actions.

When specific skills are learned, players can perform advance attacks that requires specific movements like crouching and jumping that unleashes devastating attacks that can hit multiple targets or annihilate a single foe with a few strikes.

How to install the Dynamic Sword Skills for Minecraft 1.7.10

Did you find this mod amusing? Try it on PVP and learn and have a blast sending your opponent flying!