Survival Islands are mostly small and compact with limited amount of resources and a horizon of ocean. This Island survival seed we will feature turns out to be on the extreme.

This seed features a huge island with filled with crazy Extreme hill and savannah biome. 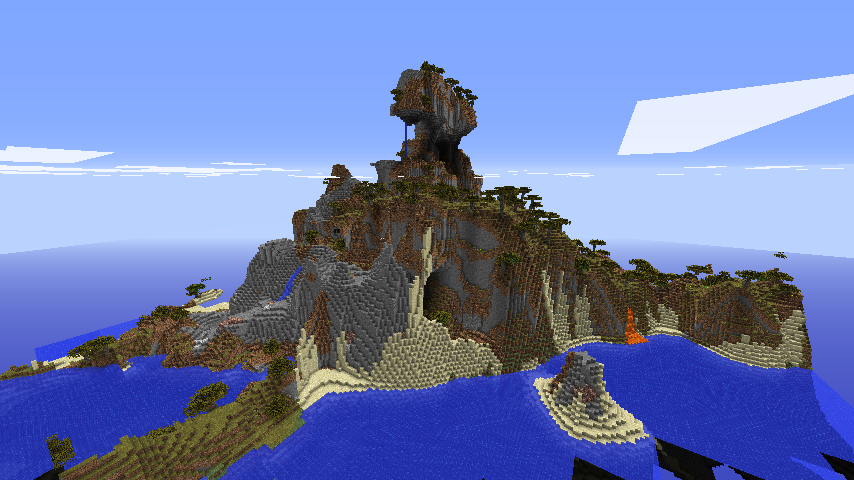 You will spawn in the edge of the mountain above cloud level where you can overlook half of the island. The spawn area is a bit steep so you have to watch where you are going to prevent undesired falling. 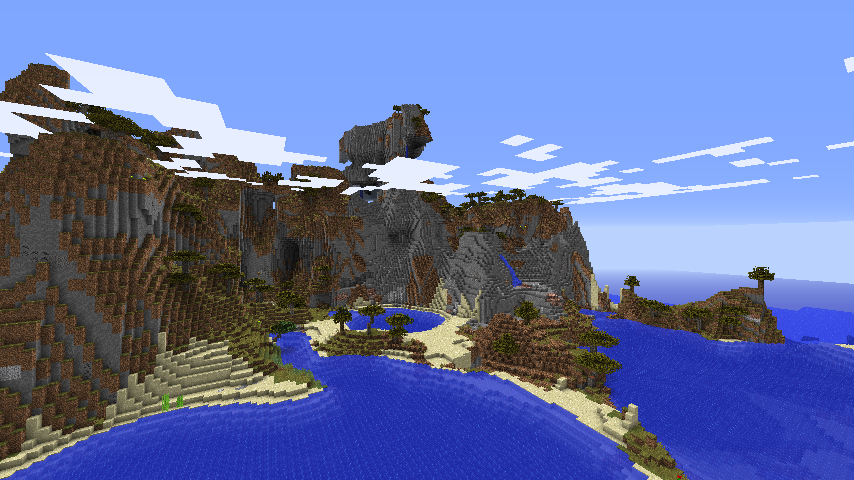 You might need to set your render distance to higher than what you usually play on in order to view parts of this map as it is pretty big and outstanding to look at.

The mountain features some overhangs, a lot of waterfalls – one even beyond cloud level going straight down below, and a few trees. 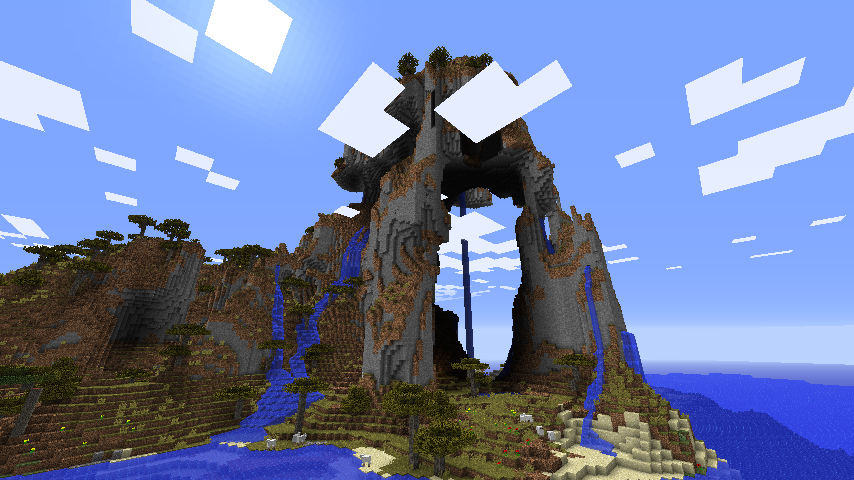 The mountain would look like a sky-scraper from the ground due to its height and steepness. It also has some few lava falls with one hidden with in cliffs. 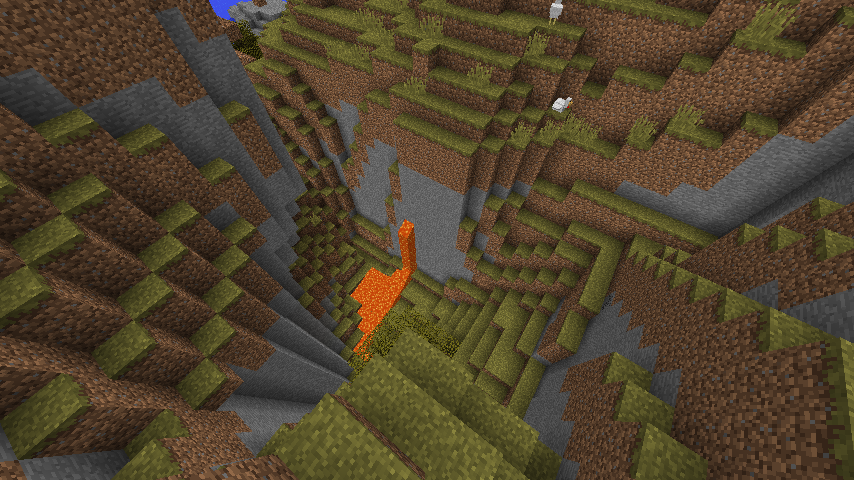 On the outskirts of the epic mountain are some Extreme Savannah biomes with some parts also above cloud-level, and the majority of the island is surface level beach where you can build most of your structure early on the game.

On top of everything, the island also features an ocean monument for the player to explore. 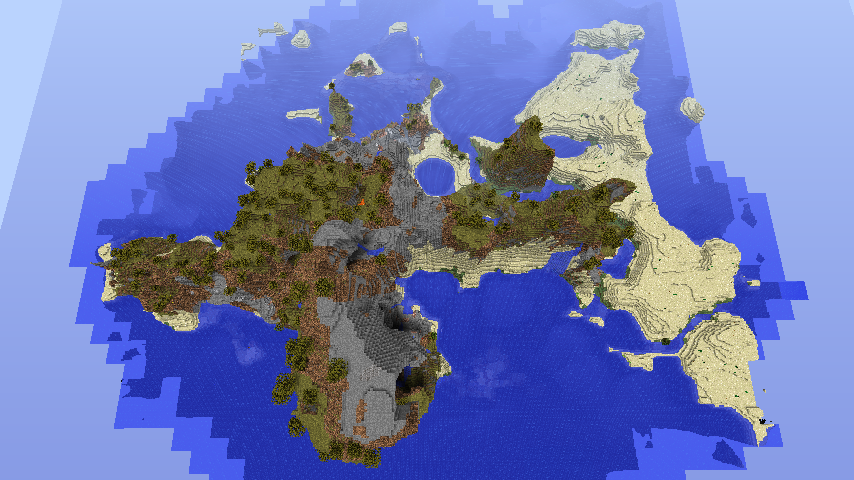 Overall, this seed is crazily epic. Although you might not lack the resources that most survival island tend to go to, the terrain itself is pretty deadly and the overhangs would allow monsters to survive in broad daylight. Most trees are found way up on the mountains and the surface level lacks the resources needed to thrive. Surviving in this island would prove to be difficult, but if you adapt the island according to your needs, I’m sure the resulting structures would be epic. I recommend this seed to those who love to survive amidst difficult challenges -suitable for single and multi player. 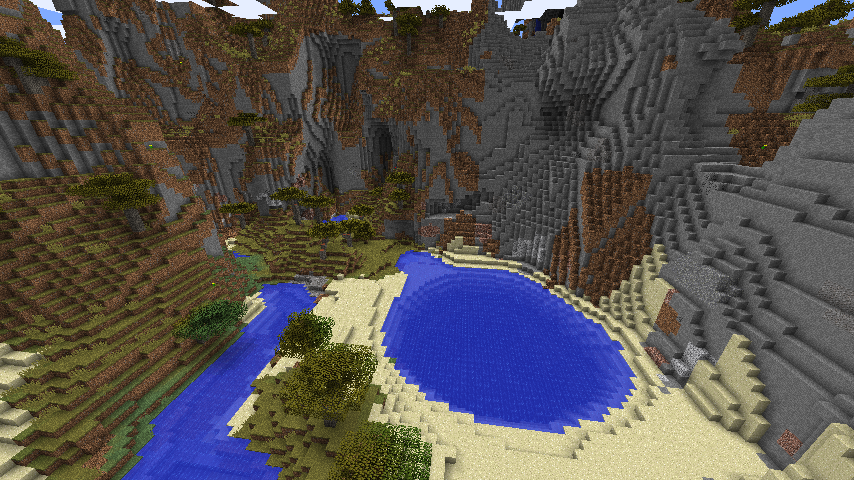