If you are a fan of any video game besides Minecraft ever, you are going to love FandomCraft by Eria8.  This mod is HUGE and awesome!  FandomCraft takes elements from many popular games and throws them all together into one useful, fun, and interesting mod.  If you only download any mod this year, make it this one. 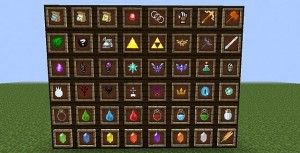 For starters, allow me to state a list of games involved in this mod:

In addition to these seven main categories, many other games and movies make an appearance in the form of one or two elements – including Harry Potter, X-Men, and Pokemon.

There is no single specific direction for this mod, but rather, it rounds out the game in many aspects.  I will be addressing its features by theme rather than category (i.e. blocks, mobs, etc.) simply due to the massive scope of it.  Plus, the mod’s main website is organized that way, and I get the feeling that most people downloading this mod will be most interested in a particular game.

Furthermore, due to the enormous scope of this mod, I will only be covering three games in this review.  For further details, please visit the mod’s official page, found in the installation instructions section. 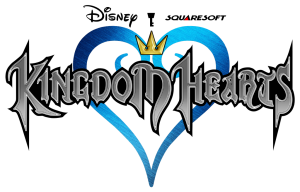 The Kingdom Hearts portion of this mod focuses mostly on keyblades, which should come as a shock to no one.  The core item that allows access to the rest of the features is the Dream Sword, which can be obtained in one of two ways: by starting a new game with a bonus chest, and by trading a gold sword to a priest villager.  The latter is obviously the only way to access the Kingdom Hearts content for survival purists.

Defeating any mob with the Dream Sword will cause it to drop “dark hearts”, which are the currency used by blacksmith villagers.  They will trade the player a Kingdom Key for these hearts, which is the next keyblade in power.  All subsequent keyblades will drop dark hearts except for the Soul Eater.

The Soul Eater keyblade could be considered the third phase of the KH content.  It is uncraftable, and must instead be found in a Stronghold.  Defeating mobs with the Soul Eater will cause various rare items to drop called “souls”.  There are three souls, each of which come from different mobs:

They are primarily used to craft one of the mod’s three currently existing ultimate weapons, but have other uses as well.  The Soul, for example, can be used in a recipe to craft a Soul Stone.

A list of items used to upgrade keyblades (and perform other functions, which I will leave you to discover) is as follows:

Currently, ten keyblades can be obtained through various means (finding, crafting, trading).  They are (in no particular order):

* This is one of the three ultimate weapons, as mentioned earlier.  It is a great and mysterious keyblade, rumored by some to either be a living being or somehow otherwise connected to the Lifestream.

My opinion: a pretty solid content addition, though it doesn’t add much more than that.  That’s not a bad thing, though, since it is followed by a pretty significant new game mechanic from…

The Legend of Zelda 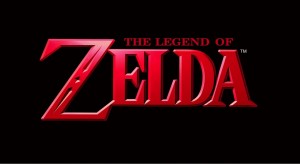 The Legend of Zelda portion of this mod is much more robust and encompassing than the Kingdom Hearts portion.  Its primary feature is a currency and trading system, introducing – you guessed it – rupees.  There are various values of rupees which can be obtained by crafting many of the same rupee together (for example – two blue rupees will become one yellow rupee).

With FandomCraft installed, villagers will be able to sell you items for rupees instead of asking for ridiculous amounts of emeralds for terrible trades (five emeralds for shears?  Really Squidward?).  They will sell almost anything – ranging from bread and tools to many of the items introduced into the game via this mod.

Another fantastic feature added in is the ability to sell your useless junk.  That’s right – now you can play Minecraft like a typical Japanese-style RPG and hoard an inventory full of things you would never use so you can sell them to the next villager you encounter!  No more throwing all of those stone swords into pits of lava.

Other items can be found in tall grass as well.  Get out that diamond hoe and give it a shot.

Aside from rupees, there are some other items that can be obtained through various measures.  The Hylian Armor set and Megaton Boots are special equipment items that currently can only be found in creative mode.  The other items are part of…

Another of the ultimate weapons, this sword will destroy your enemies effortlessly.  It is arguably more difficult to create than the Ultima Weapon, so don’t expect to see it any time soon!

To craft the Master Sword, you need all of the following items:

Golden Feathers are dropped when chickens are slain with a True Four Sword; goddess stones are found inbetween bedrock blocks; Insignias can be found in dungeon chests.

I wish you the best of luck, should you decide to pursue this quest!

My opinion: fantastic.  This could seriously be a mod in itself.  The trading system is great to begin with and provides some much-needed functionality to the game, while still retaining its intended flavor.  The quest for the master sword is an epic undertaking that introduces the player to the other great features along the way.  Oh, also – try killing slimes with a Four Sword, True Four Sword, or Master Sword…  Another excellent feature.

I should preface this section by mentioning that Final Fantasy is my favorite series of all time.  I believe it began to deteriorate after FFX, with some exceptions, but that’s a discussion for another time.

Currently, the Final Fantasy portion of this mod is a bit underdeveloped.  It will, however, become one of the major facets in an upcoming update, and will also be the first update to receive boss monsters in the form of Espers.  These Espers are also known as summons, aeons, eidolons, or Guardian Forces in other Final Fantasy titles.

There are four planned Espers, each of which may be summoned (to fight against for rewards) with magicite shards and a special item.  They are:

As of this post, the only content available for Final Fantasy consists of four weapons which must be purchased for rupees, one that may be found, and one ultimate weapon.  The Ice Rod is the one special weapon that is not related to the others, and is unique in that it fires snowballs when used to attack.  Fun, and quite useful to fend off Blazes!

The four purchasable swords are:

Finally, the ultimate weapon is the Ragnarok.  This sword embodies the power of the apocalypse, and can only be obtained by merging an Icebrand, Kikuichimonji, and Valiant Knife together with a Nether Star.

My opinion: so far, there is not much to judge.  The thematic weapons are a nice touch, but I am more interested in Espers.  Additionally, a magic system (either upgradable spells or combinable materia) is in production, featuring many iconic spells – this will be an absolutely massive upgrade, and is one I cannot wait for.  Time to bust out the Yuffie skin!

I must reiterate that this is only a portion of the mod.  There are many, MANY other features, blocks, items, and mobs that await your exploration.  I am highly impressed with the content and execution of this mod, and will definitely be using it for quite some time.  If you enjoy any of the games featured in it, you would do well not to miss out.

The only downside: presentation is lacking.  Needs MANY more screenshots and videos.  Perhaps someone will make a comprehensive showcase sometime soon.

Head over to the download page and give Eria8 your support!

How to install FandomCraft for Minecraft 1.7.10

This mod is still very much in active development.  What other games would you like to see added to FandomCraft – and what features in particular?  Leave your ideas in the comments!  Also post which game featured in this mod is your favorite!