Footpaths is a simple yet very convenient and useful mod created by Kieranvs and josephandjake.

Have you noticed that in real life, when you walk over the same grassy path over and over again, the grass will seize to grow after some time, and the area where you walk in will have the dirt and stone bare and exposed. Now this mod, do just that. This simple mod creates a natural path walk on area where the player often walks. 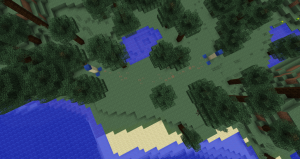 With this mod installed, the grass that the player and animals often walk to will become trampled after a long time. And repeated use of the same path will change the grass into a decayed grass, then to dirt, and eventually into stone. 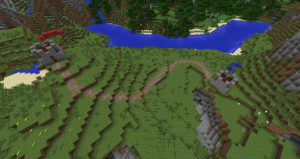 The process does not take over on the course of the night, as in fact it works for dozens and dozens of Minecraft days. The blocks affected also does not change from grass to dirt and dirt to stone in an instant – as it has a lot of stages.

The affected blocks has 16 stages including the initial state and the final state. 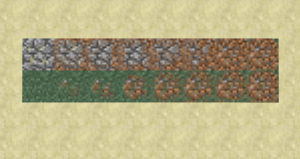 The transition of the blocks can be seen in the image above. As you can see, the original grass texture is slowly getting a dirt texture in the middle, and the dirt texture slowly has a cobblestone texture emerge in the center.

Overall, I find this mod really helpful and immersive especially when combined with mods that adds NPCs like Millenaire, or when played in multiplayer servers. However, this mod is still on Minecraft 1.7.2, but hopefully the mod authors will update it and make it more compatible in multiplayer.

How to install Footpaths for Minecraft 1.7.2