Ivorius is one of the Minecraft community’s most prolific modders. Over the past two years, Ivorius has created five unique mods that enhance the game in various ways.

Today, I’m going to tell you about each of these mods and explain why you might want to download them today:

GravityCraft lets you change the very forces of gravity in your Minecraft world. Instead of being restricted to a world where up is up and down is down, you can now change the gravity properties of various entities within the game.

That means you can make a chicken stand on a wall and defy the forces of gravity right in front of your eyes. You can adjust the gravitational pull on anything in the game for some crazy results.

The mod also includes a fully-fledged GUI that allows players to customize world generation in layers. This is useful for players who want to be able to dig down into the nether or build a tower up into the skylands. But my favorite thing to do is dig through the world and come out in an inverted landscape. Seriously – you can do that. 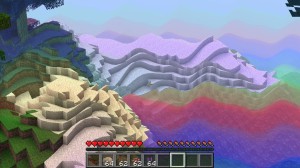 Psychedelicraft adds the wonderful world of drugs into Minecraft. With this mod, players can farm drugs buy drugs, and consume drugs. After consuming drugs, custom shader effects will appear on-screen to replicate the feel of taking drugs.

The shader effects are actually quite cool. Instead of just making the world look fuzzy in order to disorient players, Psychedelicraft makes the world look, well, psychedelic. Crazy colors appear on screen and the world begins to swim in front of your eyes. 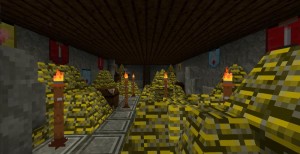 The Middeleage Mod is a relatively simple mod that adds a bunch of medieval/Middle Ages-related items to the Minecraft world. New items include castle blocks, treasure, flags, and armory-related items.

Pandora’s Box is one of the most popular of Ivorius’ mods. Pandora’s Box adds a single new item to the game – Pandora’s Box. That box is craftable and will spawn in dungeons around the world. Players can also spawn the box directly in front of them through cheating if they wish.

I don’t want to spoil what happens when you open Pandora’s Box, since that’s part of the fun of this mod. Instead, you’ll just have to try out this one on your own. If you think you’re ready to open Pandora’s Box, follow the download instructions below. 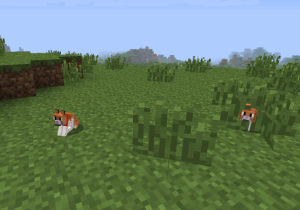 Hamsters, in the real world, are not invincible. In fact, they’re pretty fragile. Well, thanks to the Invincible Hamster mod, you can defy the wishes of Mother Nature and let hamsters spawn into your world.

Now, when you first see hamsters in the wild in Minecraft, they are not invincible. In order to make them invincible, you need to tame them with flowers, after which they become invincible.

What’s the point of an invincible hamster? They have a never ending hatred towards iron bars, which means the vicious hamsters will devour all the iron bars within sight. Once you’ve tamed the hamsters, they’ll follow you around and teleport toy our location like a wolf.

All of Ivorius’ mods work with ModLoader except for one – Psychedelicraft, which requires Minecraft Forge.

The ModLoader mods (GravityCraft, Pandora’s Box, Invincible Hamster, and MiddleageMod) are installed like this:

Step 2) Download the mod’s files from this forum thread

Step 3) Drag and drop all the mod’s files into the Minecraft.jar folder

The Minecraft Forge mod (Psychedelicraft) is installed like this:

Step 3) Drag and drop all the mod’s files into the Minecraft.jar folder