How small are these blocks? They’re really small. Each regularly-sized Minecraft block can contain 512 mini blocks. In other words, a Minecraft block now has dimensions of 8x8x8.

Building Little Blocks creations is fairly easy. You simply need to use a tool called the Little Wand. Then, right-click where you want to build your miniature block creation.

After right-clicking, your wand will create something called a Little Chunk, which is a defined space where you can place little blocks. Your cursor will be smaller in this space and once the chunk has been placed, you can then place any type of block in it.

The smaller blocks are no different than standard-sized blocks. They’re simply shrunken down versions of their former selves. Placing the smaller blocks can be a bit tricky at first – especially if you’re building a complicated redstone contraption – but you’ll get the hang of it.

You can also use the Little Wand to switch into other building modes, including create, rotate, copy, and destroy. Copy can be used only in creative mode, and you can switch between modes by pressing a pre-chosen key (set this key in Minecraft’s control panel).

One of the most important things to note with the Little Blocks Mod is that you’ll need a good computer in order to run it. Each block you place will drain CPU/GPU memory at about the same rate as a regular-sized block, which means that your minutely-detailed structures could bring your game stuttering to a halt.

By the way, one of the coolest things to do with the Little Blocks Mod is to install it alongside the Gulliver the Resizing Mod. Both mods are compatible with Forge. Once installed, you can shrink yourself and explore your miniature world as if it were a normal size. Very cool!

If you have a good system and don’t mind using it, then the Little Blocks Mod is an easy way to change one of Minecraft’s most central game mechanics. 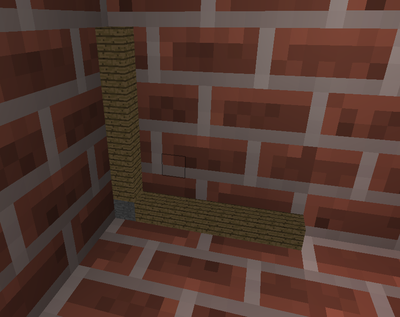