Mobs are obviously an important part of Minecraft. But in vanilla Minecraft, seeing the same old mobs all the time can get boring and repetitive.

That’s why so many players install Minecraft mob mods (try saying that five times fast – it’s nearly impossible). LotsOMobs is one of the most popular Minecraft mob mods available today. It adds a diverse range of new mobs to the game as well as useful items that can be gathered from each of these mobs.

What kind of mobs will you find after installing the LotsOMobs mod? Here’s a sample:

Deer: Deer spawn in Minecraft’s forests and deer the spawn in the Taiga have a light skin color. They drop Deer Fur, Deer Meat, and two horns, all of which can be used to craft Horn Swords and unique fur armor.

Boar: Boars spawn in plains and ice plains and have 13 hearts of health. They drop delicious boar meat which can be cooked to make food.

Birds: Birds make looking up a little more interesting by flying around the sky. If you manage to kill one of these flying birds, you can collect feathers and raw chicken from the fallen corpse.

Camels: Camels can be ridden around your world simply by right clicking on them. However, you’ll need to craft a cactus on a stick in order to control where the camels go. Camels do not like to be ridden and after you hop off the camel, they may try to run away.

Penguins: Penguins are an important part of a new biome that has been added to the game: Antarctica. In Antarctica, players will encounter Polar Bears and Penguins. Penguins make a lot of noise and will drop penguin meat.

Giraffes and elephants: The giraffe and elephant are both docile and spawn in the Savanna biome.

Vultures: Massive birds that spawn in the Savanna biome and fly around.

Lizards, geckos, and turtles: Turtles and geckos spawn in swamps and lizards spawn in deserts. To tame a turtle, just feed it some red apples.

Bears: Bears spawn in plains and forests and will attack players on sight.

Lions: Lions spawn in the Savanna biome and are very hostile. They kill giraffes and will attack players on sight.

Snakes: Snakes live in forests and, despite their small size, can kill players using their deadly poison.

Dinosaurs and the Dino Age: Yes, this mod has dinosaurs. Fortunately, dinosaurs don’t just wander around your Minecraft world, and you’ll need to take a portal back to the Dino Age to discover these dangerous massive reptiles. There are five dinosaurs in total, including the T-Rex, Triceratops, Brontosaurus, Pterosaurus, and Raptor. All dinosaurs drop DinoSkin and DinoBones. Be very careful around the T-Rex and Triceratops because they are extremely strong and will kill you. Avoid going to the Dino Age without diamond armor if you want to survive. 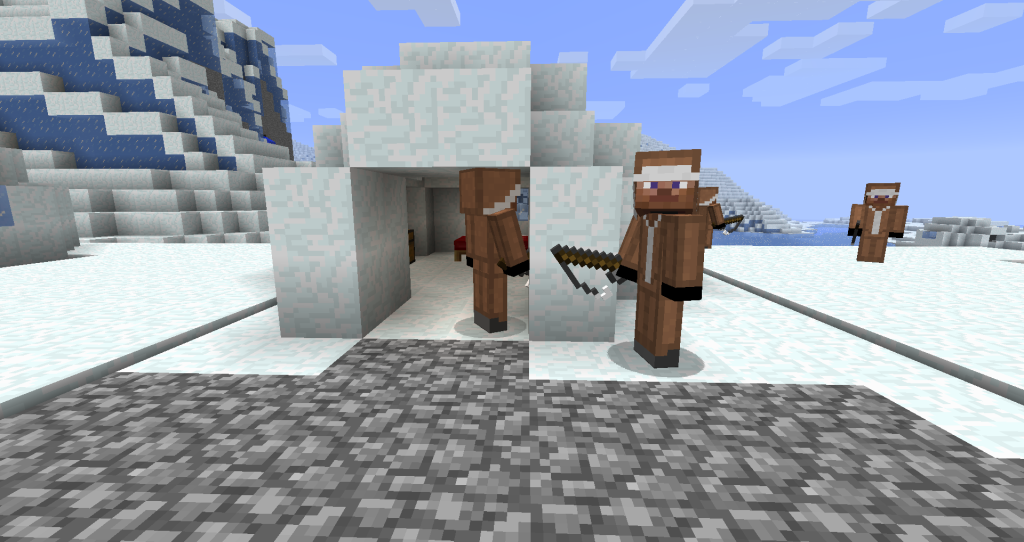 There’s even an Easter Bunny that has been added to the game as a sort of Easter Egg. If you deliver an Easter Egg to him, he will give you a reward. The Easter Bunny spawns all across the world, so expect to see him anywhere.

This mod is 95% complete, so there’s never been a better time than now to download it. If you want to experience a bunch of new creatures and two cool new dimensions, then the LotsOMobs mod is an excellent mod to download.

Step 3) Drag and drop the LotsOMobs .zip folder into the .minecraft/mods folder