One thing Minecraft is popular for is its randomness.  By this I mean the fact that it randomly generates nearly everything – terrain, mob spawns, biome locations, enchantments, and even chance to spawn a chicken when an egg is thrown.  The Magic Box mod by ASHninja1997 adds yet another layer of randomness to the game. 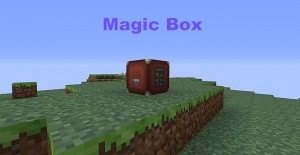 Interestingly, though it is rather simple, this mod has a bit of a backstory.  Basically, magic boxes are items that must be built out of Mutable Goo.  This material can be found in Impregnable Stone, which is scattered throughout the world as a result of meteorite crashes: 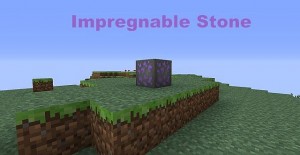 Once the box is created, it must then be powered by powder: 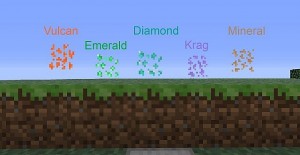 Different powders have different uses and are obviously made from different materials.  Their uses are:

The mod is still in its alpha testing phase.  More powders, items, and features will be added in due time.

My opinion of this mod: a great addition.  I would personally like to see a higher tier that rewards players with incredible items, such as a stack of 64 diamonds or a custom item that spawns a group of five golems.  This tier would obviously need to be difficult to reach as well.  Either way, I love the random element it adds to the game – certainly makes exploring more interesting!  Only downside is that it’s for 1.6.4 – I don’t know anyone who is still stuck in the stone age.

How to install The Magic Box Mod for Minecraft 1.6.4

What new items or features would you like to see added to this mod?  Leave your thoughts in the comments below!