Minecamera is a useful utility mod that allows players to create multiple cameras and switch views between them.

Created by dmillerw on his spare time, Minecamera is a very simple client-side mod that allows players to create and view any number of cameras using commands.

Minecamera commands are as follows:

When creating a camera, a floating Steve head will appear. This “head” is not an entity, and cannot be seen by anyone or anything other than the player who created it. 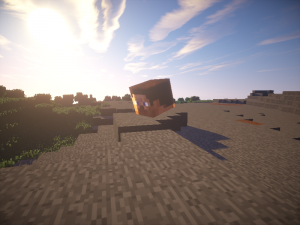 When switching camera views, you can still control your player – hence you can run around and attack. But the camera head will remain static and unmovable.

Minecamera also works on multiplayer, allowing players to place cameras anywhere without being there.

Although this mod does not alter vanilla gameplay, players can exploit it to their advantage. For example, in multiplayer, you can place many cameras and use it as a CCTV while the player sleeps in a bed. 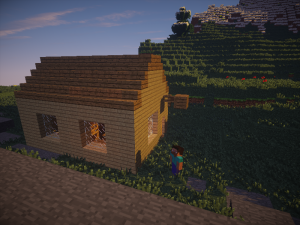 Currently, the Minecamera mod has a lot of bugs. The bugs include crashing when the camera is attacked by the player, cross hair missing, camera bugging out, or unable to switch to your own view. Luckily most of its bugs can be fix by re-installing the mod.

Fortunately, the mod author is working on the next version of the mod with a lot of bugfixes and possibly more features.

How to Install MineCamera Mod for Minecraft 1.7.10