With about 3,000 players online at any given time, The Shotbow Network is one of the most active and popular Minecraft servers available for the PC version.  Both European and United States servers are available, both of which are hosted on very high-end servers to keep performance at its best at all times.

Shotbow is actually a central hub, rather than a single server.  It connects many, many other worlds together, with a common experience system, inventory, and more.  The experience system is used to purchase items in a shop that give advantages in games or allow players to customize their character.

Connecting to the Shotbow Network

No mods are required to connect to Shotbow.  To access the server: 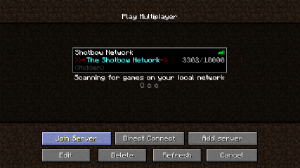 Once you are in the server, you should see a lobby that looks like this: 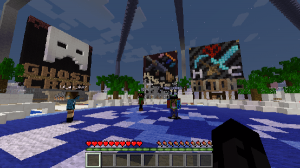 In this lobby, you can meet up with friends, make new friends, find strangers to play with, or just hang out.  You can also summon your pets while in the lobby, some of which have useful functions (giving food or gold), others which are just fun.

For example: meet Jello, a slime which is acquirable at Emerald rank: 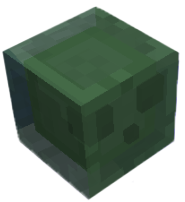 Jello can be ridden like a horse mob.  I normally hate slimes, but this is adorable.  Any other pet that doesn’t have a special function will show hearts of affection when right-clicked.  Left clicking has other functions for some pets.

Other possible pets include:

There are others, some of which are no longer available as they were limited-time purchases or rewards.

Once you are done petting your zombie pigman, you can join any one of the gamemodes by entering its hub and right-clicking on one of the server signs: 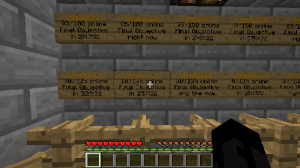 Games to Play in Shotbow

There are currently a total of 14 games available in Shotbow!  Each game mode with a short description follows: 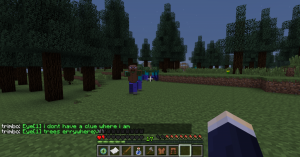 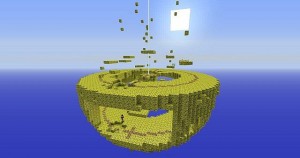 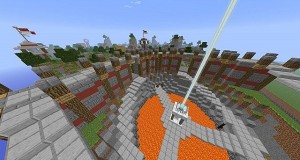 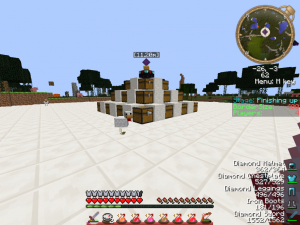 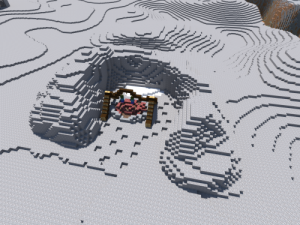 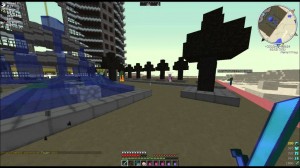 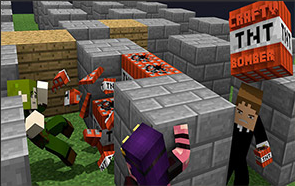 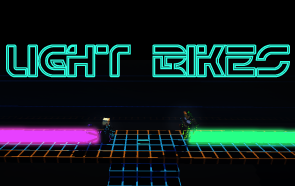 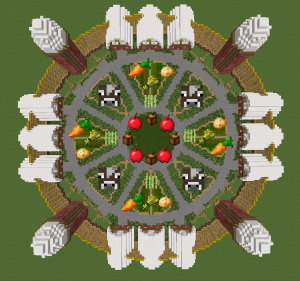 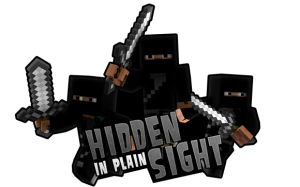 Shotbow is a pretty diverse server.  You can see all of these game modes and stay up to date on what is happening with the server by visiting www.shotbow.net.  Which of its game modes are your favorite?  Let us know in the comments below!