Village Taverns 2 by Akjosch was built off of AngleWyrm’s mod, and makes randomly generated villages a bit more interesting with the addition of four new structures.

The first of the three structures is of course the tavern: 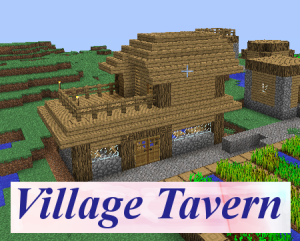 Inside the tavern, you will find a new NPC called the barmaid.  She offers trades for potions, both buying and selling.  A bed and a chest with a variety of possible loot will also spawn inside of the tavern.

The second type of structure is the barn.  Barns spawn in large variants: 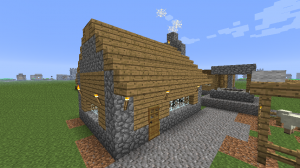 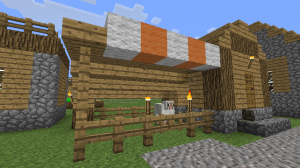 Sheep have a high chance to spawn along with a barn.  A new NPC is featured in these structures as well, called the Shepherdess.  She will accept string for some wool, and sometimes ask for some shears.  Colored wool can also be bought with emeralds.

The third structure is the stall, which is simply an open area sometimes occupied by a horse: 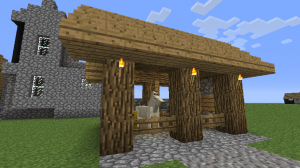 Yet again, a new NPC can be found here – the Hostler.  He does not trade, but instead buys and sells items.  All horse-related items can be purchased here:

Hostlers act as an easy source of emeralds, if you have wheat and slimeballs to spare. 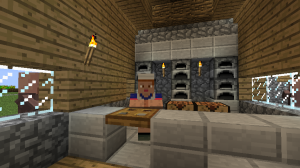 Bakers will sell players any baked goods, including:

The baker will buy most items used for baking.

I am always a fan of mods that add more variety to the world.  This mod gives a western or old-world feel to the game – what else in the same theme would you like to see?  Leave a comment and share your ideas.