This mod is genius.  Pure, pesticide-free, nutritional genius.  Enchanted golden apples have always been useful, but with this mod by Darty11, they are even more practical.

Essentially, with this mod you can enchant golden apples in the same way you would enchant equipment to create food items that act like better potions. 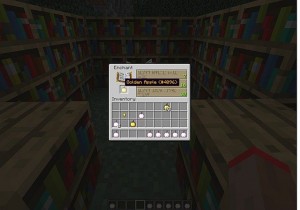 The recipe to create the basic apple is changed back to using eight gold nuggets, making the mod far more accessible than it would have been otherwise.

Enchanting an apple will provide up to four levels of up to four enchantments, depending on the level of the enchantment selected and the player’s level at the time. 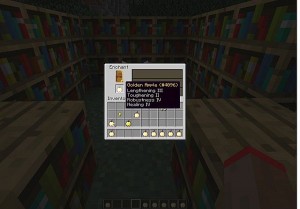 Pictured in the above screenshot are the following:

These apples serve as great battle preparations, life-saving snacks, or just convenient adventuring aids.  Below are some ideas for uses of these awesome apples:

Download Enchanted Golden Apples here. What would you use this mod for?  Let us know in a comment!