Do you get lonely when playing SSP? Do you want a friend that follows you around the map and defends you from foes? The Familiars Mod for Minecraft adds the friend you need.

Unlike animal companions in Minecraft, familiars will not spawn in the wild and are not tame-able. Instead, you equip a familiar like you would equip items or armor. 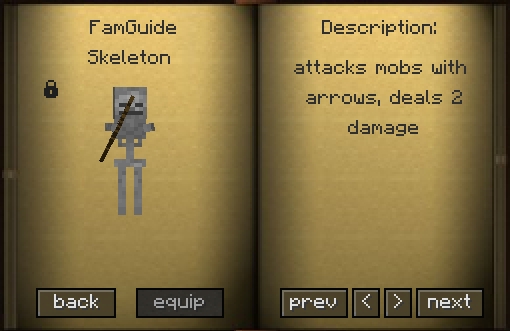 Not all familiars are immediately available to players, and you will need to unlock them using XP or unlock achievements. Here are some of the familiars included in the Familiars Mod:

-Fairy: Will prevent the player from experiencing fall damage when gliding down

-1UP: Gives players a full health bar before dying once, but will need to be unlocked again after this occurs

-Navi: Alerts players when diamonds or emeralds are detected nearby

Enderman: Gives players the ability to teleport by pressing R at the expense of 2 hearts of health

-Chicken: Chickens allow players to glide down for 2 seconds

-Iron Golem: Throws mobs into the air and deals 2 to 5 damage along with fall damage

-Spider: Gives players the ability to climb walls while sneaking

-Herobrine: Players can teleport by pressing R at the expense of 2 hearts of health, just like with the Enderman familiar

-Notch: Players can launch lightning at enemies by pressing R 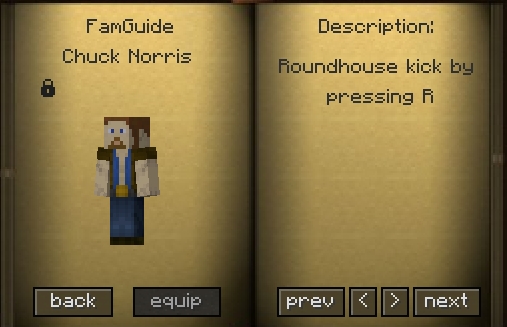 Before crafting familiars, players will need to craft a book, gunpowder, spider eye, bones, and rotten flesh. The mod also comes with a number of different ‘FamPacks’, which is short for familiar packs. There is an extended FamPack, a default FamPack, and a Herobrine FamPack. You can install all three FamPacks or just one.

The Familiars Mod was created by Pitman-87, who is quickly turning into one of the most prolific modders in the Minecraft community. I don’t know where Pitman-87 finds the time to continue churning out mod after mod, but he manages to do it while maintaining a high level of quality.

The Familiars Mod is a fun and helpful mod that makes it easier to survive the trials of Minecraft. You can download and install the Familiars Mod today by following the instructions below.

Step 3) Drag and drop the downloaded .zip files for both the API and the FamPack into the .minecraft/mods folder