Upgrades to the redstone system in Minecraft are not uncommon – it is after all a somewhat primitive way to handle power.  Some degree of creativity is required to make advanced mechanisms in Minecraft.  User FyberOptic has eliminated most of these issues with the Redstone Paste mod, allowing for much more compact and logical creations! 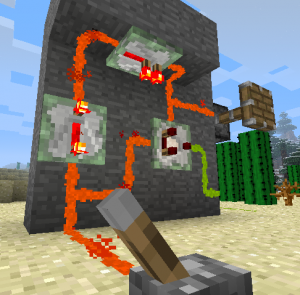 This mod adds a new type of redstone known affectionately by many as “sticky redstone” because of its crafting recipe:

This name could also derive from the other two recipes in the mod that are actually named sticky repeater and sticky comparator:

Primarily, the only change made with this mod lies in the way that redstone can be placed.  Paste can be applied on vertical surfaces, as shown in the first screenshot.  Redstone paste paths can also be precisely edited: 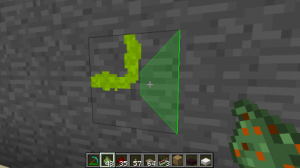 This allows for complete control over the functionality of the circuit.  For example, two redstone paths could be placed side by side without connecting or interfering: 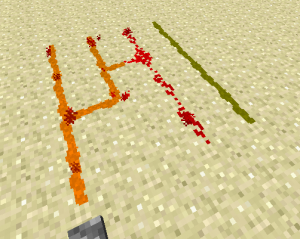 As you can see in the screenshot above, the paste also interacts with normal redstone.  The sticky comparator and repeater act the same way as their normal versions, except that they can be placed vertically as well.  As a final addition, redstone paste can be placed underneath slabs, allowing it to be hidden much more efficiently.

If you have ever attempted to create a redstone contraption, you fully understand how difficult and limiting the original system is.  The possibilities are endless with this mod.  Comment below and let us know if you have used Redstone Paste to create any astonishing feats of circuitry!